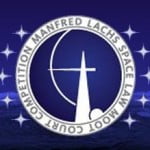 Chilean team, obtains first place in Latin American Space Law Competition and then defeats the winner of the Middle East.

The Fundación Spatio Australis (FSA) was conceptually visualized by specialists concerned with revitalizing, renewing and expanding the discussion regarding the foundations of a coherent outer space national development, a fact that took as a context the LARS2018 conference (LARS: Latin America Remote Sensing), which is linked to the International Air and Space Fair (FIDAE) that takes place every two years in Chile.

The FSA is a nongovernmental organization whose fundamental missions consist of broadening the bases of the participation of the different national actors, the concretion of the bases of a Chilean Space Program, and catalyzing the opening of lines of thought and actions not yet considered and that, in light of observable trends, need to be decidedly analyzed and addressed.

Based on the abovementioned objectives, the FSA embarks on the implementation of the Manfred-Lachs Program, whose primary objective is to prepare law students on negotiation and litigation skills in matters related to space law, for which it seeks to promote the participation of national teams in the International Space Law Moot Court Competition “Manfred Lachs”, organized by the International Institute of Space Law.

The first Chilean team included Margarita Herrera from the University of O’Higgins, Gustavo Alarcón and Agustín González, both from the Pontificia Universidad Católica de Chile, and was led by Rodrigo Fernández, coordinator of the program. This team won the Latin American round of the competition, which was reported at the V International Meeting of the Latin American and Caribbean Space Network (ReLaCa Espacio) in May 2020. Also, in September the Chilean team defeated the winning team from the Middle East in the same competition. In the latter round, Margarita Herrera was also chosen by the judges as the best speaker of the round.

As it is a competition entirely done in English, the level language proficiency of all participants must be high, and they must have the necessary capacity to write legal texts and hold a debate of high intellectual level in that language, in addition to requiring a high degree of legal knowledge of the corpus iuris spatialis and general international law.

This year’s fictitious case was the following: In the year 2040, the Valenkovan Confederation and the Republic of Saridia participated together with other States in the Hypatia Space Station, destined for peaceful research work in the orbit of the Earth. Due to political differences between both States regarding the way of interpreting data and warnings of possible collisions with space debris, the Hypatia Space Station must be abandoned suddenly, which causes the death of a Valenkovan astronaut. Likewise, an astronaut from Saridia flees on her own aboard a space shuttle belonging to Valenkova and with which she lands in her country. The situation confronts both States with respect to the international responsibility that falls to each one in relation to the reading of the data and collision alerts, the improper use and non-return of a space vehicle, and the death of the national of a State, as well as the process of extradition of an astronaut for possible crimes committed in outer space.

These first encouraging results show the relevance of the program to facilitate the training of law students and/or recently graduated lawyers seeking specialization in space matters, a skill that will certainly support Chile’s actions within the framework of the negotiations inherent to the sustainable use of outer space, together with allowing the promotion of the interests of developing countries in the international debate.